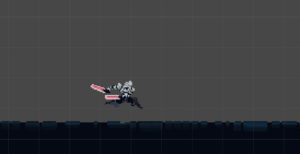 Hey everyone!  First of all, welcome to the Shadowforge Devblog!  This is the first entry in what will be a weekly blog.  We plan on posting at least once a week, probably on Sundays.  This week has been all about web design and social media preparation so there isn’t a whole lot to show you but the plan is to keep a record of development every week for accountability and to serve as an educational resource for anyone who might be interested in what we’re doing.

So the learning point for this week for us has been about social media marketing and refining and simplifying our website.  For starters, we decided to route our social media presence through our company page.  Previously we were trying to split our attention between our company Facebook page and the game-specific page.  This meant that we were essentially trying to manage two separate communities and that for future game projects we would have to start from scratch all over again.  It may seem like common sense but unfortunately we had to learn the hard way.  Now, the idea is to take all of our followers and feed information through our main company sources:  Shadowforge Facebook , Shadowforge Instagram so that when we have new projects in the future, everyone who is interested in our games has easy access to updated information without the need to follow another page.

We’ve also simplified our website so that we highlight the things we’re working on and get rid of unnecessary clutter.  Well, thanks for reading the first first entry.  Next week will be more interesting, with gifs and game development things.  So stay tuned this week to find out how we’re creating the illusion of depth on pixel art using normal mapping!